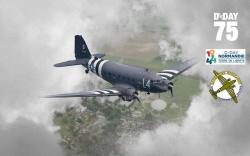 Daks over Normandy is thrilled to reveal the historic route that the squadrons will take on 5 June. 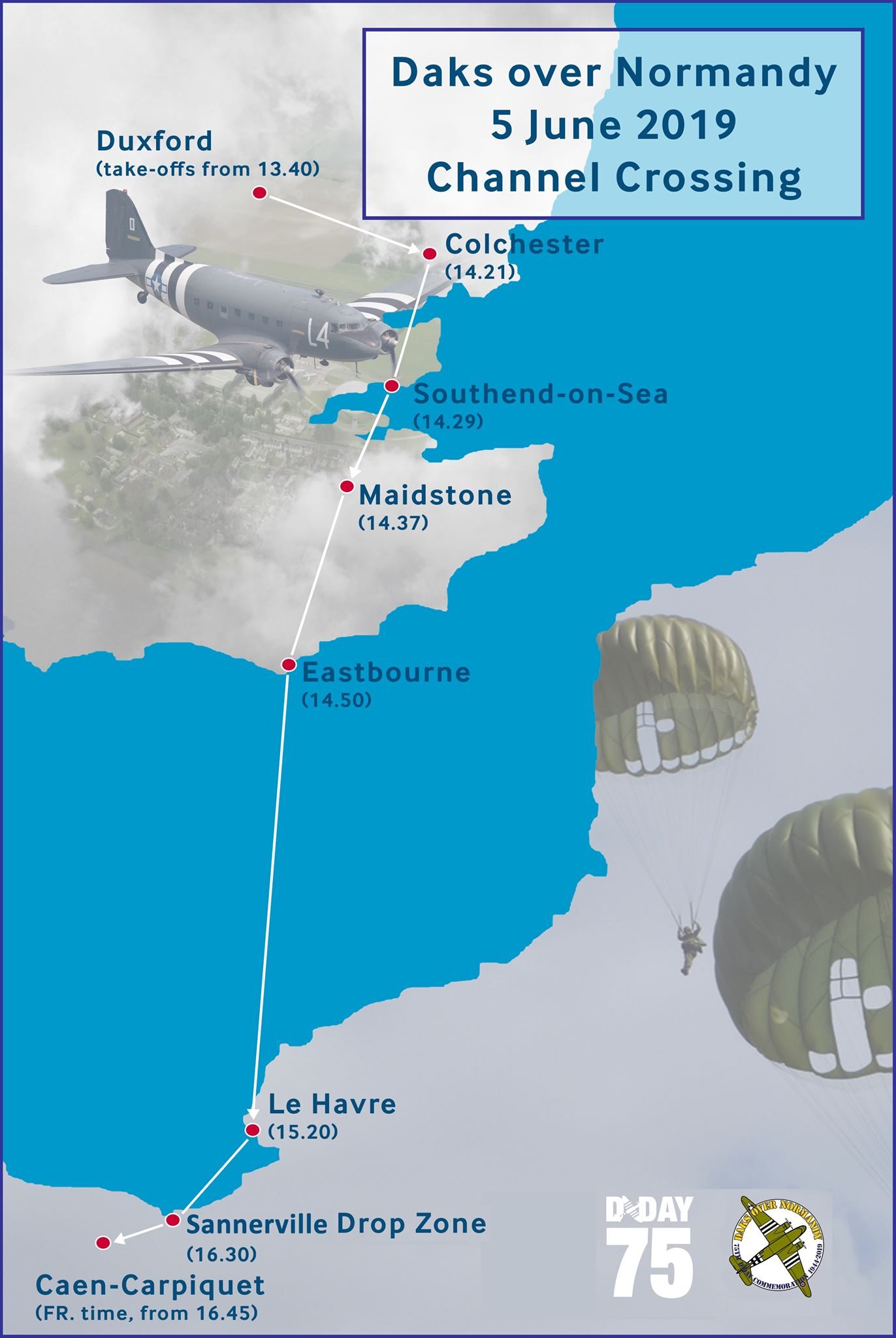 At approximately 13.40pm on Wednesday 5 June, more than 35 Douglas DC-3/C-47s will take to the skies from Imperial War Museum Duxford.

Escorted by a number of World War II fighters, they will set course for Caen-Carpiquet Airport in Normandy. The planned flight will pass Colchester, Southend-on-Sea, Maidstone and Eastbourne before heading out over The Channel. They will pass Le Havre and then the historic UK Drop Zone at Sannerville, where the skies will be filled with paratroopers jumping round military parachutes, as they descend in honour of the troops who did the same 75 years ago. The fleet will then descend on Caen-Carpiquet Airport around 16.45pm (FR time) where they will be on display on 7 and 8 June.