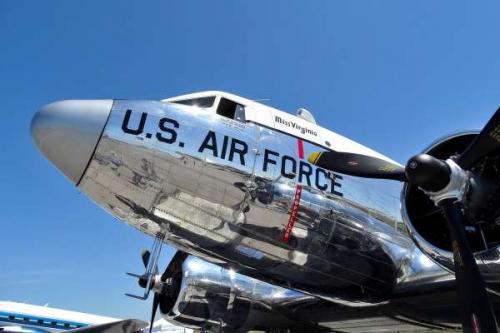 Dynamic Aviation purchased N47E on April 6, 1990 to be used as a spray airplane for a Gypsy Moth spray contract.  The C47 is the military variant of the popular DC3 series aircraft.  The DC3 first flew in 1936 and quickly became the most popular commercial airliner in the world.  It was fitted with 21 passenger seats, overhead luggage bins, a toilet, a galley.  It flew with a crew of three, being the pilot, co-pilot and the (yes) stewardess.

As WWII approached the U.S. Army Air Corps approached Douglas about making the airplane into a troop carrier and cargo aircraft.  It became the Legendary C47 and featured a very large left side cargo door.  As a troop carrier it carried 18 fully equipped troops in bucket seats along the side of the fuselage.  They build 10,174 C47’s during the War years and it was the airplane that carried the Allied troops into Europe for the June 6, 1944 Normandy landing, Market Garden and others. 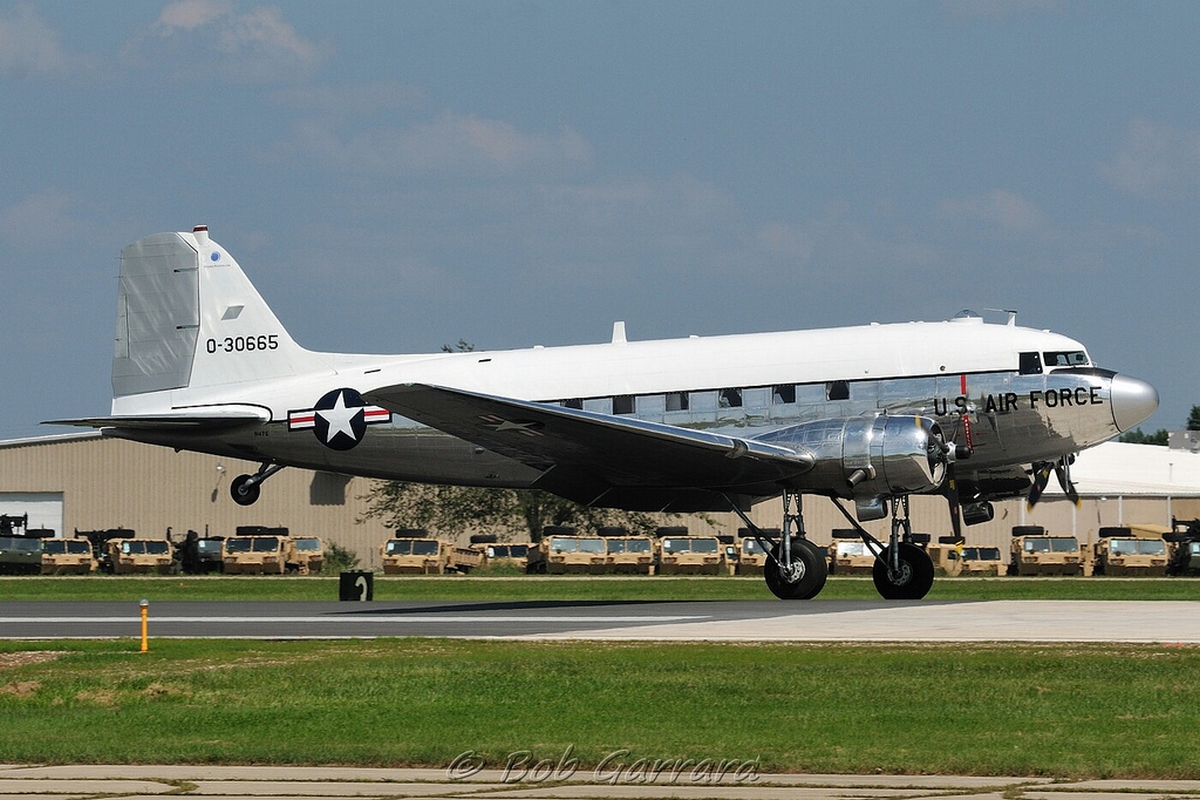 On May 21, 1975 it was transferred from the U.S. Government and titled to the Summer Institute of Linguistics in Waxhaw NC at which time a ferry permit was obtained for the airplane and it was flown by the legendary missionary pilot Bernie May from DM AFB to Waxhaw.
May 27, 1975 Military form 1348-1A signed by AID Excess Property Division NCAD –Aircraft location, Davis-Monthan AFB-Unit Price listed as 95466.00. FAA Cert of Reg filed by SIL Warhaw, NC for C47A – 43 30665. N48065 Signed by James Baptista & Ronald McIntosh. 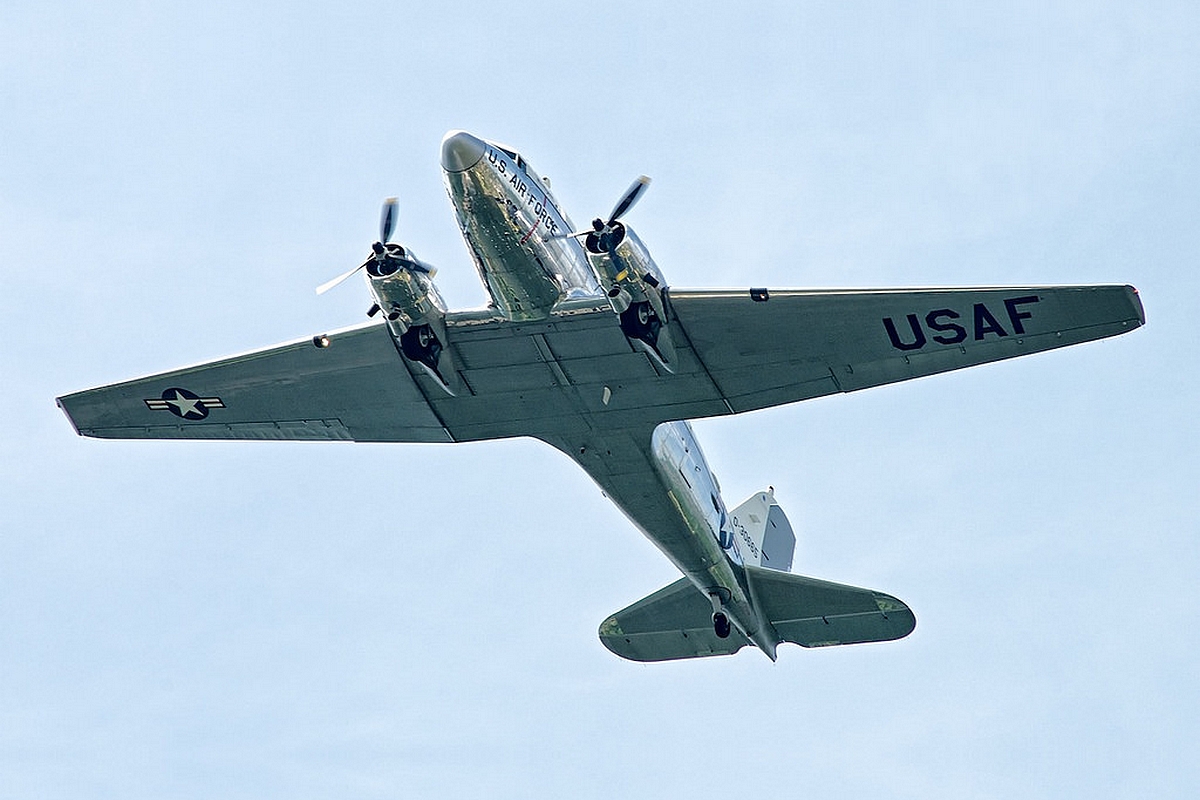 November 4, 1980 the airplane was deregistered & exported to Colombia –Same operator –Reg # 25261 Aircraft operated out of Bogota, Colombia for transportation of Wycliffe Bible Translation Missions and supplies throughout the 1980’s.
December 12, 1988 the aircraft returned to US & became FAA Reg N7043N.

April 6, 1990 the aircraft purchased by K& K Aircraft (Dynamic Aviation) & connected for use as a spray aircraft for mosquito and gypsy moth spraying. It was eventually retired again in 1999 through 2010 when work began on its restoration. Since her restoration completion, Miss Virginia is more beautiful than ever and can be seen at events around the country.

Dec. 17, 2013 The aircraft was one of 15 airplanes that flew over the Kitty Hawk Wright Brothers monument for the 110th anniversary of the First Flight.
May 6, 2015 it participated in the 75th anniversary of the Arsenal of Democracy flight over downtown Washington DC. Crewed by Aaron Lorson, Rod Moyer, Karl and Gabriel Stoltzfus.